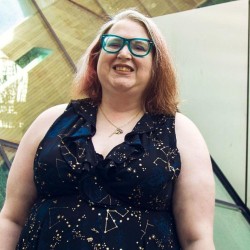 Susan Silver
Writer at Beauty of Mathematics
I’m the writer with a mathematical muse. I love words, numbers, dreaming big & helping others. I believe that whatever you imagine, you can become. They/Them.

Mathematical myths are common and when we don’t refute them they become more prevalent. There are people traumatized by mathematics and I am one of them. The wounds come from my own negative self beliefs. People around me reinforced these ideas in my head. So for many years, I believed that I was bad at mathematics. I can now look back on my early years and understand these feelings.

Here are the 10 mathematical myths I believed about myself.

10 Mathematical Beliefs I Let Go Of

Being slow at mathematics doesn’t mean you are bad at mathematics. As Jo Boaler, Stanford professor and math advocate, says “We no longer need students to compute fast (we have computers for this) we need them to think deeply, connect methods, reason, and justify.” Deep thinking is valuable for mathematics.

Kind of wish there was a math version of Thor’s Hammer Mjolnir. I have struggled with feelings of worthiness most of my life. I always say a gap between my own ability and that required of being a mathematician. I never thought that I could be one. Since writing this blog, I have a new self-confidence. I know that it is okay to struggle and that doesn’t mean you are bad at mathematics.

Of course, at the heart of unworthiness is a fear. A fear that you cannot achieve the things you want for yourself. That you are incapable of understanding mathematics. It is very real and discouraging.

The abuse I suffered as a kid multiplied my feelings of rejection. I believed that I was a bad person. It was a victory when I discovered that I liked math but it was bittersweet. I never found another person who felt that I way I did until I was an adult. I believed this entire time that my love of math was one of the things that separated me from others. I associated it with my negative feelings of myself. I know realize how much that hurt me and I that I am now better off after some self-work.

Mathematicians have always been my heroes. The life of Alan Turing is so inspiring. How could you not put them on a pedestal of sorts? I always thought that my heroes were out of my reach. Since writing this blog, I now understand that I can be a mathematician. I want to be my own hero!

I’ve made some bad assumptions about mathematicians over the years. That is because I’ve had an idealistic view of math. We forgot the human side of the story. Everyone has their own reasons for going into the sciences. Everyone has their own struggles. Nobody is perfect. You have to remember to be sensitive to others. Mathematicians are no longer these statuesque giants to me. I can see them as individuals with the same struggles that I go through.

One of the reasons why I believed that was bad at mathematics was because it takes me time to learn new skills. I remember learning vector math in school. I was terrible at it. I had a hard time visualizing them and struggled with the dot product. I finally understood vectors years later in college. When I studied electromagnetism it all fell into place. Some concepts take time and practice. We shouldn’t give up on ourselves because we struggle. We should persist until we get to that light bulb moment.

I have sometimes assumed my success in mathematics was due to rote memorization. We learn steps that we can apply to problems. That doesn’t necessarily mean we understand the concepts. So, how do you know you get it. A true sign that I had actually learned something real came from Numberphile. I was able to follow and understand this video on quaternions. I usually don’t grasp such concepts but it meshed with what I knew about complex numbers. It was an extension of that knowledge.

This past year, I was able to admit to myself that I have some mathematical intuition. It was a pretty big leap for a fifth-grader to understand that letters could represent a number. Many of the games that I played in my room were precursors to what I would learn in my algebra classes. I am more confident going into higher mathematics now. I know that my algebra skills will be useful.

My personal mathematical myths keep me from being my best self. I still fall into these traps sometimes but I have more skills to deal with that negativity. The takeaway is understanding your beliefs about yourself can change. All these myths undermined my self-confidence. Letting go of them has revealed a new world to me. One where I can be my own hero. I’m grateful for that.

What ways have you held yourself back?