A Lesson from G.H Hardy

G.H Hardy is a mathematician from the early 1900s. He spent most of his career at Trinity College, Cambridge in the UK. The latter half of his career was spent as the Savilian Professor of Geometry at Oxford University.

Hardy had much to say about the role of creativity in the life of a mathematician. There is a passage from A Mathematician’s Apology that I want to focus on today. 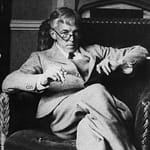 “Galois died at twenty-one, Abel at twenty-seven, Ramanujan at thirty-three, Riemann at forty. There have been men who have done great work a good deal later; Gauss’s great memoir on differential geometry was published when he was fifty (though he had had the fundamental ideas ten years before). I do not know an instance of a major mathematical advance initiated by a man past fifty. If a man of mature age loses interest in and abandons mathematics, the loss is not likely to be very serious either for mathematics or for himself.”

Is it better to burn out or fade away?

This is the question that I think of when I read that passage. I think Hardy put a high price on productivity especially in youth. He believed there was a decline in creativity that accompanies old age. He thought people should reach their highest potential. Hardy himself was quite prodigious in his mathematical outputs.

There is a quote from Hardy’s time.

I think Hardy would believe firmly that it is better to burn out. Hardy lamented in the last years of his life the decline of his creative skill. C.P Snow explains this in his forward to A Mathematician’s Apology:

“That is why A Mathematician’s Apology is, if read with the textual attention it deserves, a book of haunting sadness…yes, it is a testament of a creative artist. But it is also, in an understated stoical fashion, a passionate lament for creative powers that used to be and that will never come again.”

Snow says that Hardy’s creative powers began to wane in his sixties. Hardy passed away in 1947 at the age of 70.

In this regard, I disagree with Hardy. I spent my twenties drifting through life. Changing my major several times eventually landing in the social sciences, and psychology specifically. It took me seven years to earn my B.A. By my thirties, my life finally shaped up and I chose a career in community management. Most of my accomplishments have come in my thirties.

I am more of a slow and steady wins the race type of person. Just because of my experiences. I cannot lament the time lost as I needed the time to learn about myself and grow as a person. Now I’m doing my best work.

W have to be careful when we discuss anything related to age. We accomplish things in our own time. For some of us, that comes on early and we have the stamina for the sort of productivity shown by Hardy in his youth. For some of us, we need to go through several life experiences and gain the mindset required for a break-through. It is certainly possible though for our greatest achievements to occur later in life. I think, to quote Hamilton, “It is only a matter of time.”

I don’t think Hardy would have liked me if we had met. I think he would have seen my meandering of my twenties as not living up to my potential.

Yet, Hardy is my favorite mathematician. I delight in his sense of humor, his eloquent writing, and the contrary characteristics of his personality. The people that we look up to are sometimes problematic. They are flawed. We don’t always have to agree with them. I still find value though examining his life and I strive to understand who Hardy was as a person.