Alan Turing was many things. The father of modern computing. A visionary on the future of AI. A Cambridge mathematician. A Word War II hero. He was also a gay man who was unfairly punished under the laws of the time. A victim of injustice. Who may have taken his life as a result.

This is the month to remember his legacy as we celebrate what it means to be Queer. 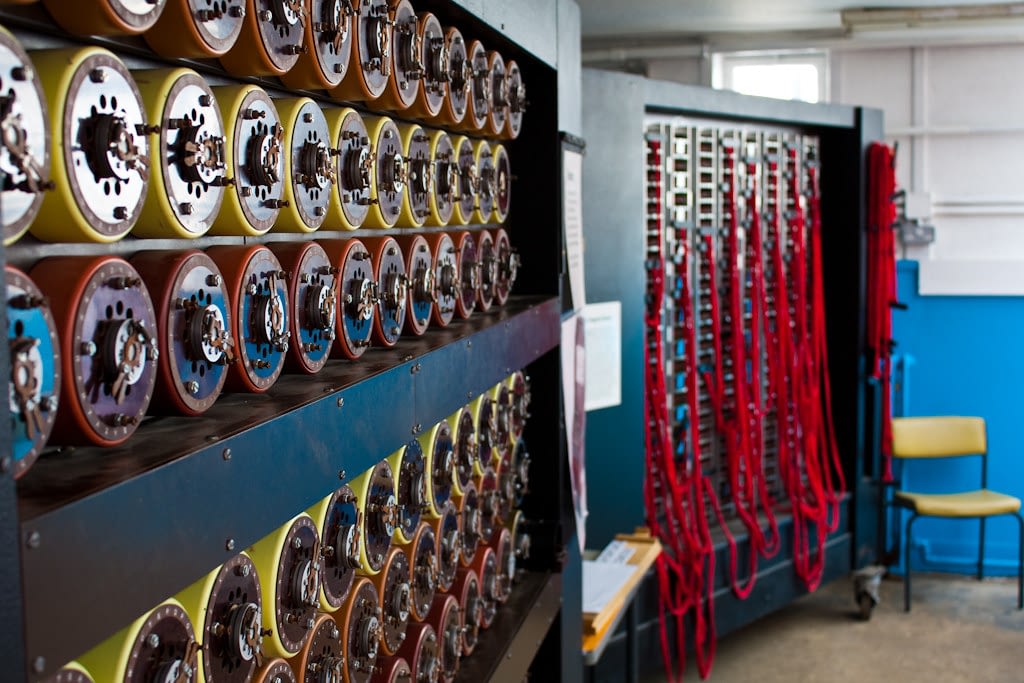 Alan Turing Resources on this Blog

“Bombe Machines” by marksteelenz is licensed under CC BY-ND 2.0

1. Celebrating the Life of Alan Turing

This post partially describes my trip to Betchley Park. I explain the story of Porgy, the teddy bear of Alan Turing. This story so inspired me that I created two mathematical cross stitch bookmarks in his honor.

In this bog, I introduce a new pattern that represents the Enigma machine. If you don’t know, Alan Turing’s Bombe machine was invented to crack this code. There wasn’t just one Enigma machine. Depending on which German military division you were in and your rank could determine which one you used. The code also changed daily.

This new pattern represents the number of combination of the wheels on an Enigma Machine taken from a Numberphile video.

3. My Exciting Trips to London and the Solemn Knowledge I Earned

In the past couple of years, I’ve taken multiple trips to London to research the life of G.H Hardy. On on of those trips, I also went to Betchley Park. That is the home of the World War II code breakers! I learned a lot more than just the history of Turing. I also read stories about the Women’s Royal Naval Service also known as the WRNS or WRENS. They operated the Bombe machines on a daily basis and were responsible for decoding messages from the Germans and their allies. It was an incredible experience and I hope you are able to visit someday.

This is my fourth and last Alan Turing pattern. It was also my first! The design is to look like the keys of the Enigma Machine. This is my favorite of all my patterns 🙂

You can’t go wrong with a lecture from Dr. Jame Grime when it comes to learning about Alan Turing. Watch this lecture below.